Benjamin Pawlak is a graduate of The Juilliard School, where he studied under Jonathan Feldman and Lydia Brown. A 2019 graduate of Texas Christian University, he received a masters of music in piano performance there while studying with John Owings, and holds bachelor of music in piano performance from Ithaca College where he studied with Vadim Serebryany, Jennifer Hayghe, and the late Greg DeTurck.

At Juilliard, he performed as a member of the Juilliard Orchestra and AXIOM, and appeared in ChamberFest during the winter term of 2020 and in the spring of 2022. During his time in New York City, Benjamin has also performed at venues such as Merkin Hall at the Kaufman Center, and Carnegie Hall. Other appearances include performances in Juilliard's Sonatenabend and Liederabend series. Since graduation, Benjamin has played with the Buffalo Philharmonic Orchestra and the Princeton Symphony Orchestra, and was a featured musician in the Nashville Chamber Music Society's summer 2022 concert series.

In the summer of 2021, Benjamin attended the Music Academy of the West in Santa Barbara, California. There he was a collaborative piano fellow studying under Jonathan Feldman, Margaret McDonald, and Natasha Kislenko. At the 2018 Brancaleoni International Music Festival in Piobbico, Italy, he attended as a solo and chamber musician while studying with Catherine Lysinger, Read Gainsford, and Jennifer Hayghe. He has professionally toured with violinist Maria Beltavski, giving several concerts in the summer of 2017 and 2018, and they have performed together again as recently as April 2021. Benjamin has also attended the Brevard Music Center's piano program in 2017, studying with Norman Krieger and Michael Chertock.

In addition to performing, Benjamin has written music for solo piano, voice and piano, and film. He currently has two scores for upcoming short films to be screened at the Bali Film Festival in November 2022. He placed as a finalist in the 2020 Indie Film Music Contest and has performed his solo piano works in both the United States and Europe. The five-track digital EP Empty Corners was released on his YouTube page in 2020, which was a project utilizing limited compositional resources during the world's hiatus from concerts. The film and music was created entirely by the composer, and was the first major collaboration between Benjamin and his music editor, Molly Sanford. He then became a co-founder of Ravendor Studios in order to continue producing works digitally. His writing on film music will be presented for the first time in December 2022 at the Université de Versailles as a part of their symposium on John Williams.

In the spring of his freshman year at Ithaca College, Benjamin was selected as one of the winners of the School of Music’s 2014 Concerto Competition which resulted in him making his solo debut playing Prokofiev’s First Piano Concerto with the School of Music’s Symphony Orchestra.  In 2016, he again won the competition for which he performed Maurice Ravel’s Concerto in G Major. Benjamin has since made his professional concerto debut, playing the Liszt Concerto No. 1 in E-flat with the Orchestra of the Southern Finger Lakes in September 2016.

From 2009-2015, Benjamin attended the Credo Chamber Music Festival at the Oberlin Conservatory of Music where he honed his collaborative skills. There he studied under renowned chamber coaches including James Howsmon and Alvin Chow of the Oberlin Conservatory piano faculty, Steuart Pincombe of the baroque chamber group Apollo’s Fire, principal cellist of the Pittsburgh Symphony Anne Martindale Williams, and the late Dean Emeritus of The Juilliard School Stephen Clapp.

Benjamin, a native of Horseheads, New York, lives in Manhattan. 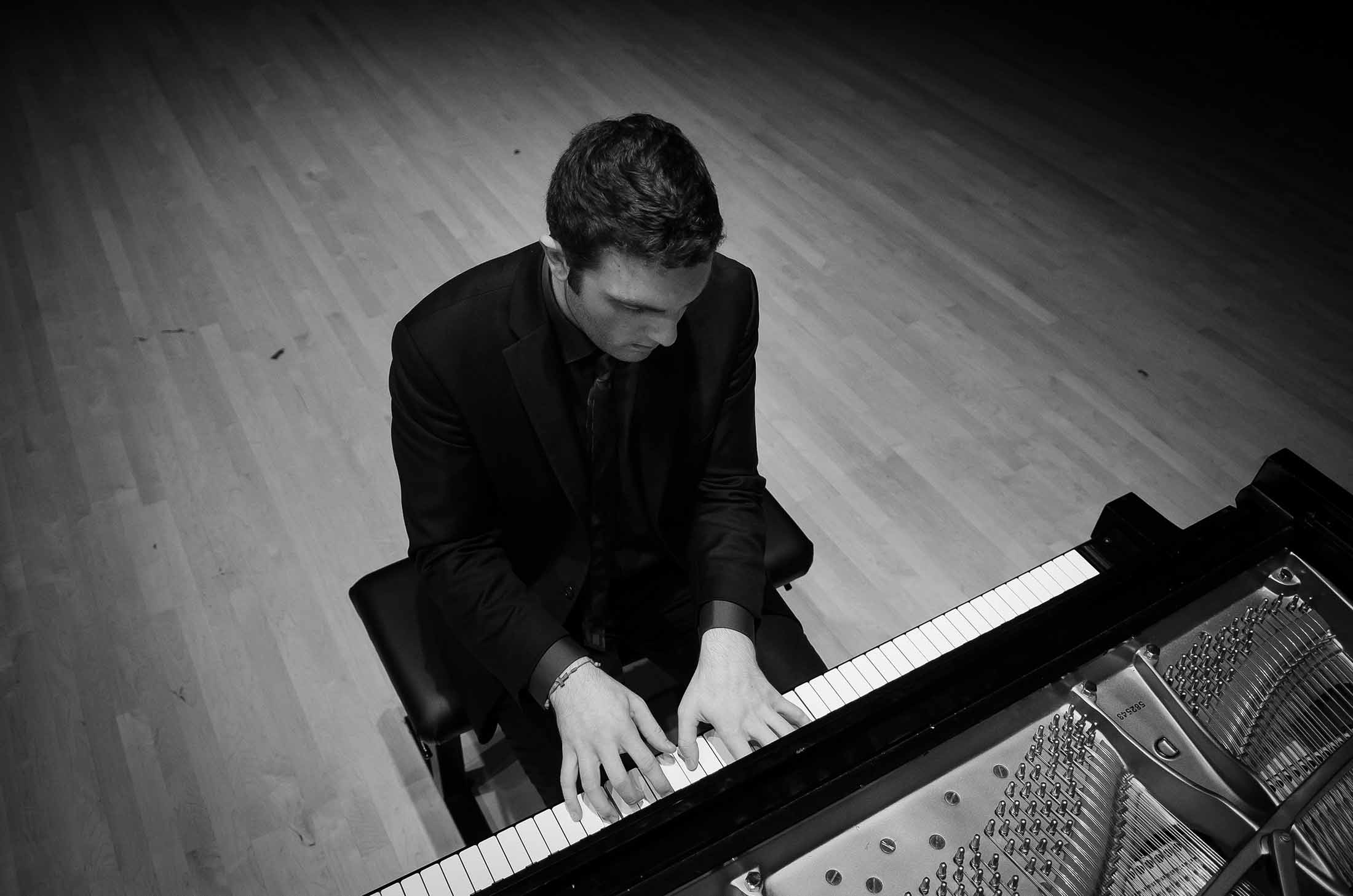